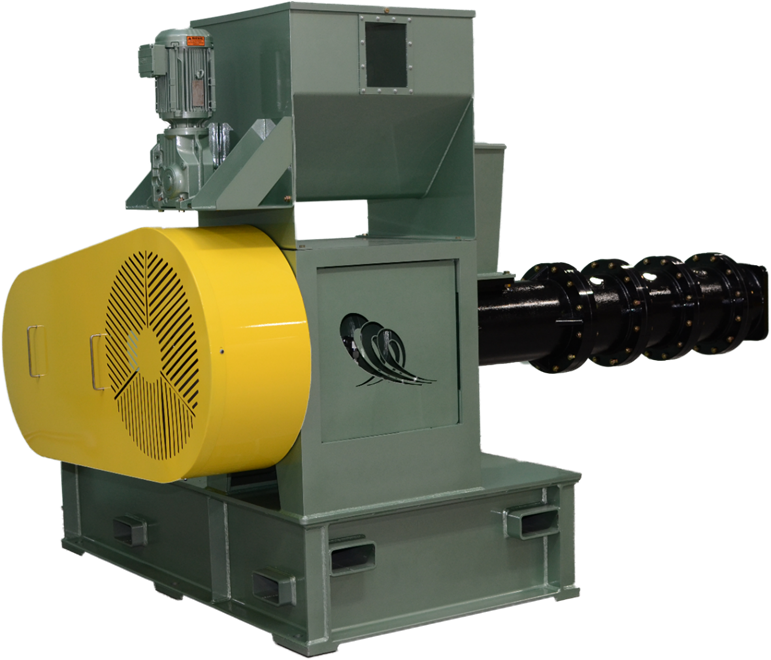 There are several times when we talk with customers that use the terms “extruder” and “expander” interchangeably.  Conceptually, it is easy to see why this can happen.  Both have barrels that process products by “extruding” them out of the end.  It is important to understand the differences between these two processes in order to maximize the quality of your end product.

A common design is the “interrupted flight” expander.  Inside of the barrel, there is a very long shaft and auger assembly.  Unlike a typical single screw extruder, there are a series of pins that helps to create shear along with the screw design.  The clearances are increased to allow product to mix into itself, creating shear and cook.  A hydraulic cone is used to create backpressure in the barrel, further increasing product cooking temperature.

They typically have lower shear rates than something like our Series 2000 high-shear, dry extruder.  This can lead to decreased barrel pressures and temperatures, which are key to deactivate antinutritional factors in oilseeds.  In order to achieve higher cooking temperatures, it is common to inject steam into the expander barrel to increase temperatures.  A disadvantage with this design is the requirement to dry the end-product, as opposed to simply cooling it prior to storage.

In contrast, a high-shear dry single screw extruder will excel in areas such as cook percentage (gelatinization), nutrient availability, and anti-nutritional factor deactivation.  This is not to say expanders are not capable of this, but due to the extruder’s increased shaft speeds, tighter clearances, and increased shear, these properties are increased.

As product moves along the high-shear dry extruder barrel, the mixing and heat generation from shear causes changes on the cellular level of the product, enhancing digestibility and nutrient availability.  The design of the extruder allows for flexibility of restriction dependent upon material properties.  A smaller footprint also allows for installation in places that may be too small for a typical expander as well.  The additional advantages of not requiring a boiler for steam generation and/or dryer heat make a high shear extruder a more sensible choice for a variety of applications. 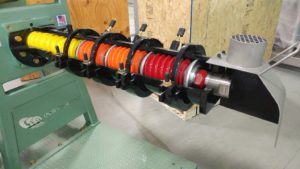 As always, the final selection will be dependent upon many factors.  Final product performance should be the most important as this will allow maximum return on investment from an efficiency standpoint.  While there are similarities between these two machines, the fine details will allow for the right machine selection.