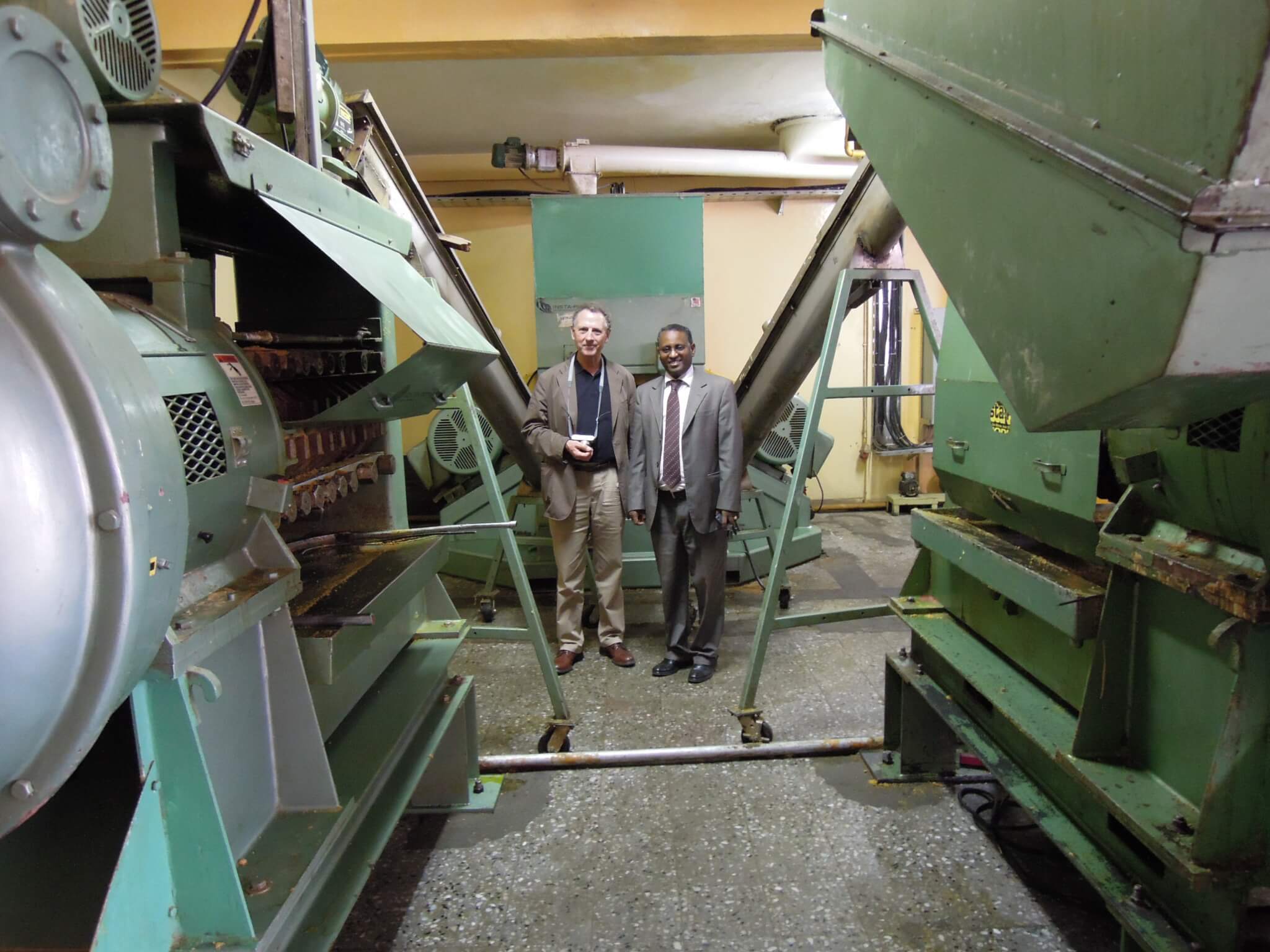 Half a world from where they were manufactured, Insta-Pro International® extruders are helping an East African company answer the needs of nutritionally-challenged children.

Belete Beyene, managing director of Health Care Food Manufacturers PLC, has been looking for solutions to micronutrient and protein shortages that stunt children’s growth, since he went to work for Ethiopia’s Joint Nutrition Institute which was established with a Swedish cooperation when he was just 22.

“In the famine of 1975, I saw how a blend of corn, soya, and instant milk could help these children where malnutrition affects a huge number of the population. But at that time, despite having our own formula called Faffa that was produced on a limited scale, we relied on the imported blended food coming from the United States to mitigate this large scale problem.” Then he thought; why not have the corn and soybeans grow in large quantities in Ethiopia?  Why not produce this corn/soya blend in Ethiopia? By the next devastating drought, Beyene was running a government processing plant called the Faffa Factory, producing 33,000 tons of nutritional supplements per year.

“I thought we could produce more, and that would have many benefits down the supply chain for our farmers and for employment. We would then be better prepared with local production capacity for the next famine and eventually ensure food security. Then came the World Food Program’s intervention to supply Insta-Pro extruders to plants like our Faffa Factory on a cash for product basis.”

From an early production goal of 40 tons per month, Beyene’s company now produces 40 tons per day, and he continues to rely on Insta-Pro Intl extrusion technology.

“The Insta-Pro extruders are highly efficient and versatile. They can do many things and give us a better quality product. We get continuous use from them without breakdowns, and they have a longer life compared to competitors. The most proven advantage of the Insta-Pro extruders is its reliability and the maintenance of high capacity utilization.”

The products are in paste form and packaged in single-serving foil pouched form that children can tear open and squeeze to eat without the challenge of adding water or cooking – a major attribute of Beyene’s company products.

“It is a great satisfaction to know that UNICEF and WFP have both adopted these products as official products to fight malnutrition. When it comes to CSB/soya oil and partially defatted soya, we have been using primarily the Insta-Pro extruders for almost 22 years now, and hopefully we will be using Insta-Pro extruders for new therapeutic formula developed and adopted for different uses.”